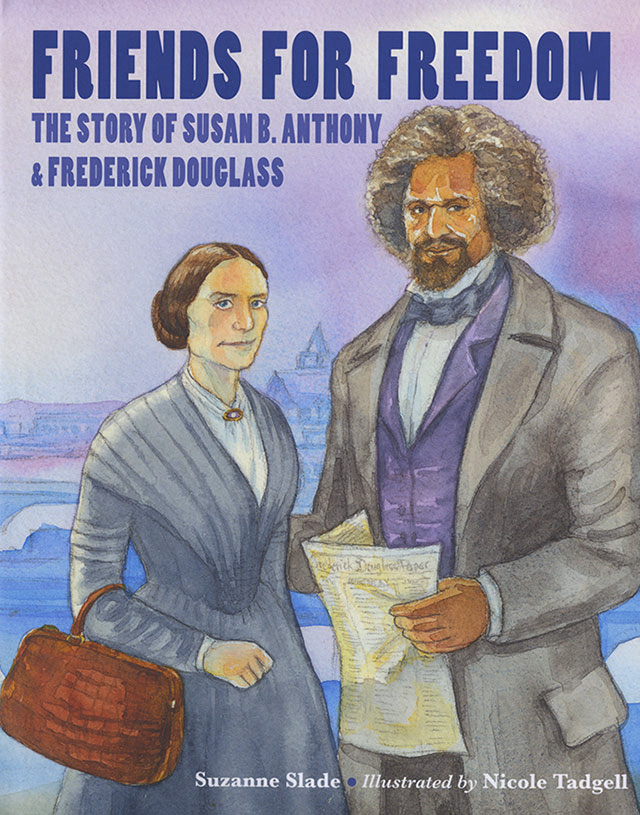 Buy Now
No one thought Susan B. Anthony and Frederick Douglass would ever become friends. The former slave and the outspoken woman came from two different worlds.

But they shared deep-seated beliefs in equality and the need to fight for it. Despite naysayers, hecklers, and even arsonists, Susan and Frederick became fast friends and worked together to change America.

This non-fiction book takes a look at two historical figures who used friendship to transcend what was proper for some to do what was right for all. By comparing the

Directly confronting the conflict between America’s value of freedom and the persistence of slavery and gender inequality, Friends for Freedom challenges readers to think beyond the world as it is and work towards creating a world as it could be. 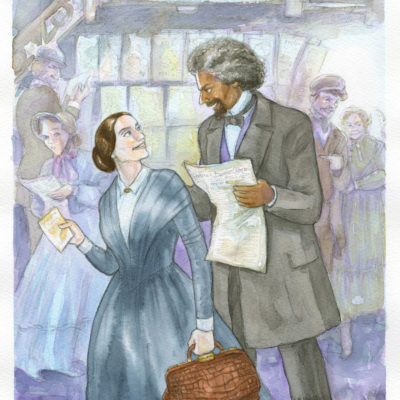 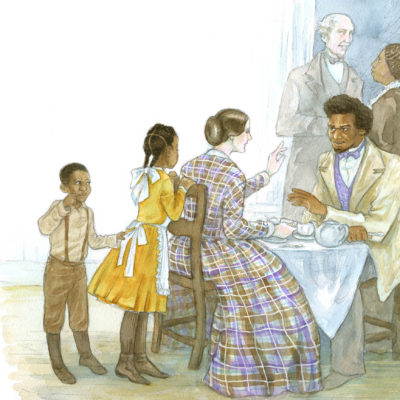 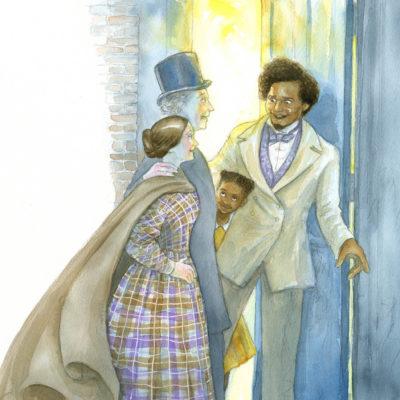 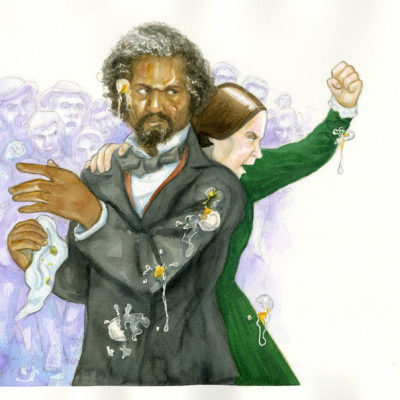 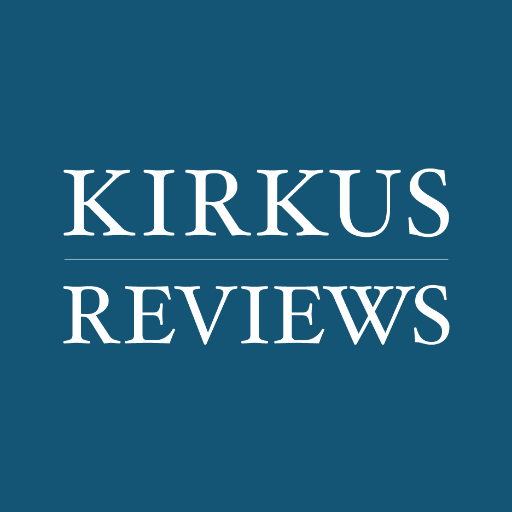 Two important historical figures from separate worlds come together for the common purpose of freedom. From the first line of this work of creative nonfiction, the author makes clear the contrasts between Frederick Douglass and Susan B. Anthony: The cabin in which the slave, Frederick, was born had clay floors; the two-story house in which Susan was born had floors of polished wood. Despite differences in race, class and upbringing, Douglass and Anthony determined to be friends despite the taboos against cross-racial friendships. Both Slade’s text and Tadgell’s watercolor illustrations emphasize the passion each had for social justice as well as the lengths to which they both went to maintain their friendship. Often, characters in the background peer at them, looking disgusted or scandalized. In one illustration, enemies throw rotten eggs at them; Douglass’ angry expression and Anthony’s upraised fist speak to their determination to make their friendship an example of how America should be. The backmatter, which includes a photograph of bronze sculptures in Rochester, New York, of Douglass and Anthony having tea together, also offers useful information from the author in which she delineates the facts versus the fiction in the story. This biographical gem places the spotlight on a friendship far ahead of its time.

Receive updates about upcoming books, events, collections, and more right in your inbox!

The CAT Agency, Inc.
Publishers and art buyers should contact my agent: christy@catugeau.com